Einsatzort: Südafrika, Afrika
Aktions-Bereich: Tierpflege & Veterinärprojekte, Natur-und Umweltschutz
This amazing project is home to about 300 Vervet Monkeys and Baboons and allows volunteers to be part of their efforts to rescue, care for and release monkeys back to nature. It is situated in an area that has troops of wild baboons, zebra, porcupine and other animals visiting on most days and evenings and the area offer much to see and to experience!

In recent years, their populations are declining for a number of reasons. Habitat loss due to human settlement, being formerly classified as vermin and killed by farmers, being captured and used for laboratory testing of medicines, used for ‘muti’ or traditional medicine, and the illegal pet trade have put these animals at risk.

Vervet monkeys are vital to the South African ecological system, and it is imperative that they are protected. They are an integral part of the natural food chain in parts of Africa, as their messy eating habits distribute food from high places to the ground for ground-feeding animals. They provide natural insect control by eating the eggs and larvae of many species and assist in the germination, pollination and dispersal of various floras.

Since 2008 the centre has successfully rehabilitated 13 troops of monkeys, who are now living free at safe release sites, on bushveld farms and on nature reserves in Limpopo.

Volunteers at this project will have hands-on experience with orphaned monkeys as well as injured and handicapped monkeys. Occasionally, other animals are brought in such as antelope, etc. that will be looked after until they find a better home or can be released.

Vervet monkeys require constant care, and volunteers will need to be prepared to work long hours around the clock, even sharing their bed with baby monkeys on occasion. While it can be challenging, this project is great fun as well as extremely rewarding and educational.

Since 2005 we have helped many individuals, families and groups to enjoy unique travel experiences in Southern and East Africa. As we are based in Africa we make sure to offer personal service, well run volunteering projects and affordable rates for great quality and unique travel that has true meaning.
So wählen wir die Organisationen auf unserem Portal aus.

Verfügbarkeit des Projekts:
all year round
Mindestalter:
18 Jahre
Höchstalter:
kein Höchstalter
Individuell oder Gruppe?
Individuell / Gruppe
Fremdsprachen-Kenntnisse:
Basic English
Besondere Qualifikationen:
Enthusiasm and willingness to learn and get actively involved
Unterbringung & Verpflegung:
The volunteer accommodation consists of 2 rooms which sleep 4 each in bunk beds, with en-suite bathrooms and communal lounge/kitchen area to cook and relax. The outside porch offers a shaded area to eat meals and socialize.There is internet available for an small extra fee. All meals are included. 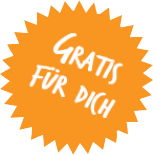 
Tweets de @wwFreiwillig
We use cookies to ensure that we give you the best experience on our website. If you continue to use this site we will assume that you are happy with it.Ok